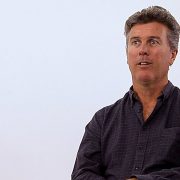 The spread of democratic governance is central to the promotion of peace and in upholding stable global and regional relations. Professor Benjamin Reilly is an internationally recognised political scientist at The University of Western Australia whose research focuses on democracies in the Indo-Pacific region. His work on democratic governance, political development, electoral system design, and party politics in post-conflict environments has helped shape political and electoral reform in new and emerging democracies, and he also advises governments on these issues.