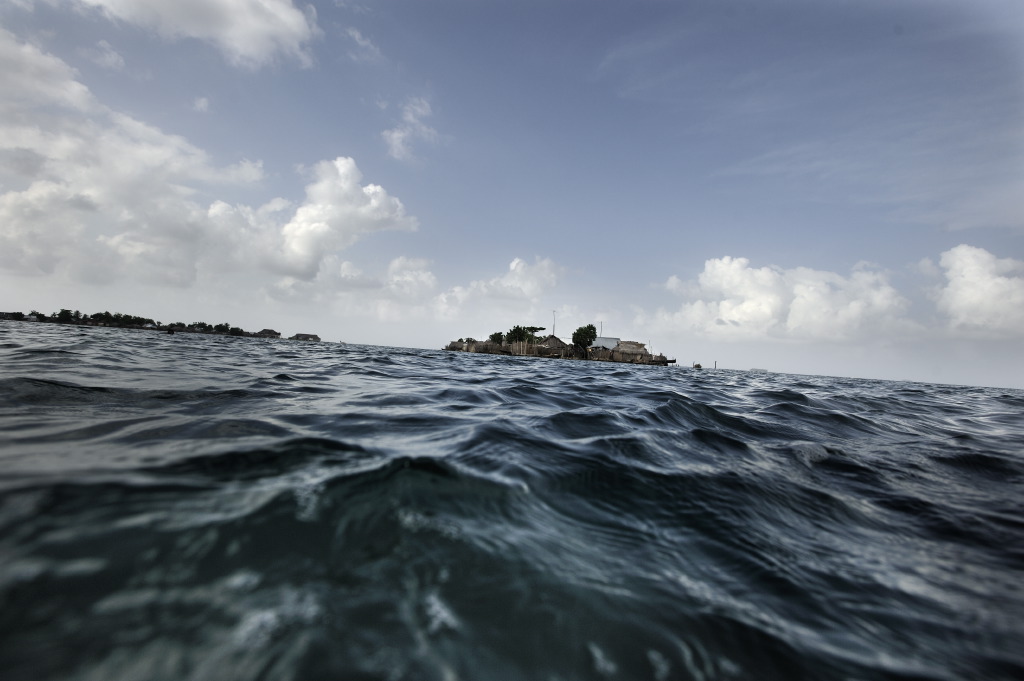 The Peninsula Principles on Climate Displacement Within States is a policy framework designed to assist governments worldwide in dealing with people displaced by climate change. In addition to being the subject of books, articles and reports, the Peninsula Principles have been used to guide governmental and UN policy development on addressing climate displacement, provided an organising tool for community-based organisations and further influenced international actions on planned relocation for climate displaced communities.

By 2050, it is estimated that up to 200 million people will have been displaced from the region in which they live due to rising sea levels, coastal flooding and erosion, frequent and severe storms and drought. Small Pacific Island nations are particularly at risk. Despite this, people who are displaced due to climate change are inadequately protected by international law and neither the United Nations (UN) Framework Convention on Climate Change nor its Kyoto Protocol address the issue of climate displacement.

Displacement Solutions (DS) is a global not-for-profit, registered in Geneva, Switzerland that works with climate displaced communities, governments and the UN. In 2012, DS contracted UWA academic David Hodgkinson to draft the Peninsula Principles (Principles): a comprehensive normative framework, which is designed to assist governments in dealing with people displaced by climate change in a way that respects human rights and is based on principles of international law.

Impact: the development of the principles

The first draft of the Principles was completed in 2012 after which DS brought together a group of pre-eminent global experts for wider consultation. Their expertise in international law, forced migration, environmental change and UN policy were incorporated and used to strengthen the Principles, producing the first formal policy of its kind in the world. The Principles are endorsed by the UN and consistent with the UN Guiding Principles on Internal Displacement. The Principles are structured to allow broad interpretation by governments and are guided by humanitarian purposes. The Principles were completed in August 2013.

The Principles have been used by policymakers globally including in Australia, New Zealand, Bangladesh, Guyana, Switzerland, UK, Germany, Egypt, Tunisia and the US. Between 2013 and 2016 the Principles were translated into six languages, and had extensive media coverage worldwide. They have been applied in cases of current climate displacement as a tool for stimulating the policies and laws ensuring the protection of rights held by individuals and communities facing or experiencing climate-induced displacement (Bangladesh, the US, Australia, Solomon Islands, Fiji, Kiribati, Tuvalu, Myanmar, Vietnam, Panama, Papua New Guinea). DS have undertaken visits and produced reports for governments, which have been influenced by the Principles. Three examples are detailed below.

Between 2008 and 2014, 4.7 million people were displaced in Bangladesh due to disaster. It is estimated that by 2080, 13 per cent of the coastline will be submerged. The Principles were instrumental in defining the scope and direction of Bangladesh’s National Strategy for Disaster and Climate Induced Internal Displacement (Strategy). The Strategy suggested that one in every seven people in Bangladesh would be displaced by climate change by 2050. Accordingly, the Bangladesh Government contracted DS to enact the world’s first house-building programme to specifically benefit climate displaced families. The ‘One House, One Family at a Time’ Project, relied upon the Principles for guidance.

The Principles have been widely communicated in Bangladesh. DS has since 2011 worked with local partner Young Power in Social Action (YPSA) through the Bangladesh Housing, Land and Property Rights Initiative to promote the Principles. Two visits were undertaken by DS between 2013 and 2015. In April 2014, the Principles were translated into Bengali. In December 2015 they were made available on the DS website for the benefit of end users. In response to the need for widespread understanding of the issues facing Bangladesh citizens, the Principles were widely discussed on television, radio and printed media in 2014 and 2015 and copies were provided to the political leadership of the country. In 2014, DS produced a Mapping Study which was informed by the framework approach of the Principles.

Gardi Sugdub is an island on the north-east coast of Panama with a population of 1000. In 2010, faced with overpopulation, lack of available land for future generations and rising sea levels (~2.4mm per year), many of the Indigenous communities considered planned relocation to the mainland. In 2010, the Ministry of Housing set funds aside for resettling the Gardi to the mainland. Since 2014, the Government of Panama has used the Principles as a guiding framework for the planned relocation of island communities to the mainland. The Principles have ensured a humanitarian approach both for those moving to the mainland and the communities into which they are being welcomed. As one of 265 islands in the Guna Yala archipelago, it has been a test-case for the other island communities. DS visited islands in Guna Yala and three mission reports were delivered to the government, using the Principles as a guide. The reports aimed to encourage support from government officials as well as provide recommendations and workshops on how best to proceed with the planned move.

In December 2010, about 3,000 residents of Gramalote in north eastern Colombia were evacuated following the destruction of their town by extreme flooding and landslides during “La Niña”. Between 2011 and 2015, this left people displaced and living in temporary accommodation. Using the Principles as a guiding framework, DS produced a report ‘Climate Displacement and Planned Relocation in Colombia: The Case of Gramalote’. Its recommendations were presented to various ministries including the Ministry of the Presidency and the Ministry of Culture of the Colombian government in 2015. Gramalote became the first municipality in Colombia to begin the process of relocating its population as a result of weather-related events. On 25 September 2011, the Ministry of Housing officially announced that Pomorroso was selected as the site to resettle the new urban area of Gramalote.

In 2012 research conducted at and with the support of UWA (through provision of office and seminar spaces, access to online databases and an internal research incentive scheme), examined existing international protocols which formed the basis of many practices included in the Peninsula Principles. However, the research showed that there was little appetite globally for a treaty to address the issue of climate change displacement. It was demonstrated that guidelines would prove a more effective alternative to garner support for addressing the issue and would also ensure that States did not use the mechanism to avoid obligations. The UWA research team comprised David Hodgkinson and Sharon Mascher (UWA Law School) and UWA Law graduates Tess Burton and Lucy Young.